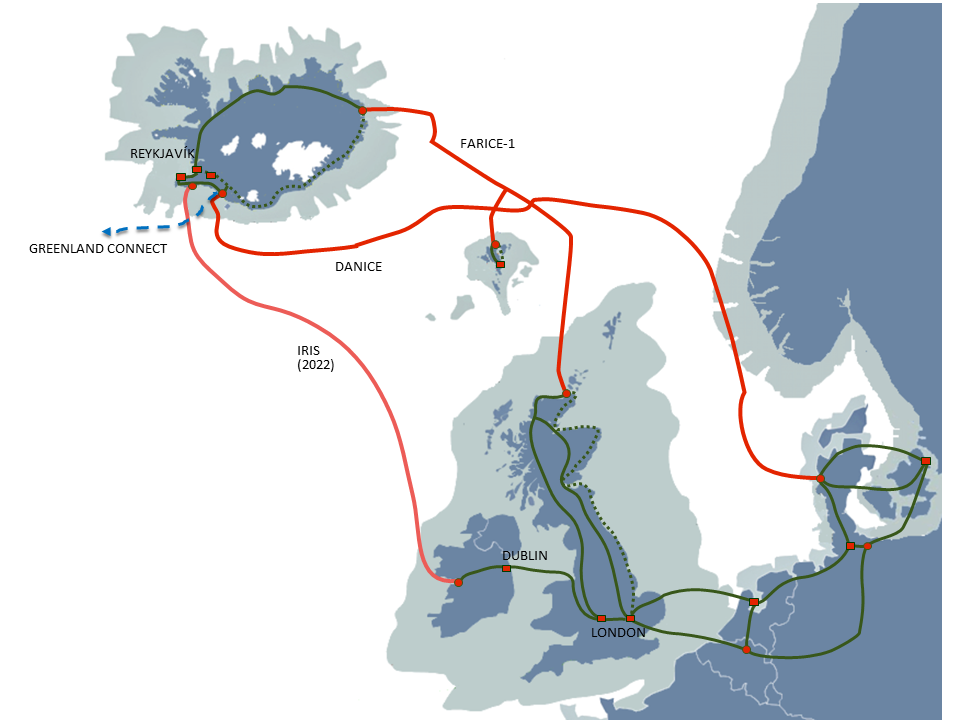 Preparation work for a new submarine fibre cable (IRIS) from Iceland to Europe is being developed by Farice, the incumbent international connectivity provider Iceland, since early 2019. Farice is fully owned by the Icelandic Government and currently owns and operates two submarine cables that connect Iceland to Europe.

Identifying a landing site in Europe was a key element of this preparation work. After careful consideration of many factors, Galway in Ireland was selected by Farice as the European cable landing location. The Icelandic landing site will be on the Reykjanes peninsula with the final location to be decided during the winter 2020/2021.

Ireland has many attractive qualities as a destination for this new cable from Iceland beyond the relatively short distance between Ireland and Iceland. Ireland is at the nexus of trans-Atlantic connections, choses centre of European operation for many international businesses and has a rich and diverse pool of skilled labour in its workforce. Ireland has thus firmly established itself at the forefront of the development of Europe’s digital infrastructure and as such is an important connection point for a new submarine cable between Iceland and Europe.

A submarine cable route survey and detailed marine investigation has now commenced from Galway to the boundary of the Irish Exclusive Economic Zone. This survey marks an important milestone in the project development as it is the first seabed survey of the favoured cable route. The results of the survey will support Farice in further development of the project and in validating Galway as the European landing site for the submarine cable. The project could result in a new submarine fibre cable between Iceland and Ireland becoming operational within two years from financing being secured.