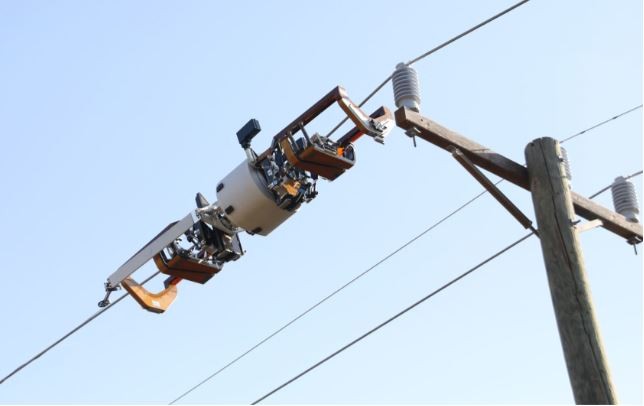 Facebook is upping its efforts to connect the next billion people to the Internet – many of whom live in Africa – with new investments in subsea cables, robotics and wireless last-mile technologies.

The initiatives include the 2Africa submarine cable system, which, when completed in about 18 months’ time, will be longest such system in the world at more than 45 000km. 2Africa is being built in partnership with telecommunications operators, including South Africa’s MTN Group and Vodacom Group parent Vodafone Group, and will encircle Africa and provide connectivity to India and Pakistan through the Arabian Gulf. Three landing stations will be built in South Africa, with the Eastern Cape set to get its first-ever landing station.

2Africa will connect to countries that together have about three billion people, Facebook said recently.

Portions of the 2Africa project will use a new aluminium conductor system, replacing traditional copper conductors, which makes such a massive cable more economical to build. It’s also investing in repeater buoys to keep the system powered.

“Engineers are working on buoys that can deliver power to the repeaters from the middle of the ocean,” the company said. “We’re exploring more sustainable ways to do this, harnessing a combination of wave-energy convertors and solar panels.”

Facebook has at the same time provided details about a last-mile wireless networking technology called Terragraph, designed to use high-band frequencies to deliver fast last-mile Internet services in remote regions and emerging markets from fibre nodes. Facebook licenses the Terragraph technology for free to original equipment manufacturers. It has already been deployed in rural Alaska and elsewhere.

“Terragraph uses transmitters on street fixtures and rooftops to create a distributed network for high-speed reliable connectivity in homes and businesses. Terragraph is faster to deploy than trenched fibre because it builds on existing fibre points of presence and extends the capacity wirelessly, through nodes mounted on existing street fixtures such as lamp posts and traffic lights,” Facebook explained in a statement.

Another initiative from Facebook is a robot, called Bombyx, that can be used to deploy fibre cables more cost-effectively along power lines, with no need to switch off the electricity while they’re being deployed. Facebook hopes the technology will drive down the cost of deployment while making it quicker and easier to roll out networks in underserviced areas around the world.

Bombyx, Facebook said, can climb medium-voltage power lines and install fibre onto them. “We are making Bombyx fully autonomous, using machine vision sensors to help it better navigate around obstacles.”

Current methods of deploying fibre are labour intensive and costly, it said. “In most of the world, medium-voltage power lines pass down almost every street. If we could find a way to add fibre to those power lines, we would have a solution that could be applied globally.”

We have shed 4.5kg from the weight of the robot and compressed the time it takes for Bombyx to cross a power line from 17 minutes to under four minutes

“Our solution is Bombyx, an aerial fibre deployment robot that makes it faster and cheaper to deploy fibre. Latin for silkworm, Bombyx is our attempt to make the single biggest drop in the cost of terrestrial fibre deployment by combining innovations in the fields of robotics and fibre-optic cable design to increase the amount of terrestrial fibre on land — without the expense of trenching to lay fibre underground.

“Since starting work on Bombyx, we have shed 4.5kg from the weight of the robot, compressed the time it takes for Bombyx to cross a power line from 17 minutes to under four minutes, and improved the stabilisation mechanism to ensure that the robot stays upright on the power line,” Facebook said in the statement.

“We are also now working on getting the robot from operating semi-autonomously to fully autonomously when going over an obstacle. As we move to full autonomy, technicians will be able to simply load Bombyx onto the line and then allow the robot to plot a course past obstacles and navigate itself along the line.”

“Our work on Bombyx was inspired by helical fibre-optic wrapping techniques pioneered in the 1980s, but those methods interrupted power supply to customers in installation areas. We realised that to install fibre without cutting off homes and businesses, we would also need this wrapping machine to cross obstacles in its route without human assistance.

“First, however, we had to address some pressing fibre cable design challenges. For instance, when you wrap fibre around a power line, you need to carry the full span of fibre you intend to deploy. A kilometre of normal aerial fibre weighs 113kg, and even the special cable used in the older helical wrap systems weighed 36kg. Combined with a robot to deploy the fibre, it would be too heavy for power lines, which are typically very thin and can only support so much weight. Medium-voltage conductors also get really hot, so we needed a fibre cable that could withstand potential stretching and melting.”

“To address these design challenges, we employed a few strategies. First, we used Kevlar braiding to make the cable strong, while remaining small and flexible. Next, we addressed the size and weight challenge by reducing the fibre count from 96 to 24. Thanks to newer technologies, a single fibre can serve up to a thousand homes, so 24 fibres would be able to serve all the homes and businesses into which each power line feeder passes. Finally, we worked with top material suppliers to develop a jacket for the fibre so it could survive the high temperatures found on power lines and the arcing damage in high voltage.

“Designing a robot to crawl along power lines and to clear obstacles was our next big task. Bombyx uses advanced motion techniques to balance itself and to flip over as it moves over obstacles and wraps fibre around power lines.

“Each robot will eventually be capable of installing over a kilometre of fibre and passing dozens of intervening obstacles autonomously in about an hour and a half. While it is still early days, engineers are optimistic about its potential impact,” Facebook said. 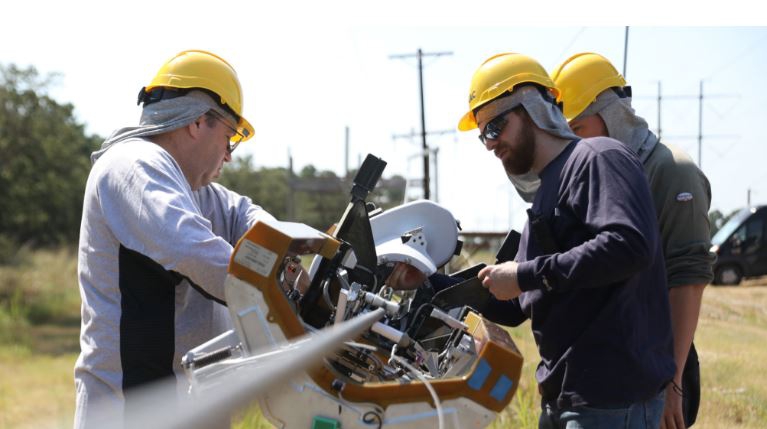