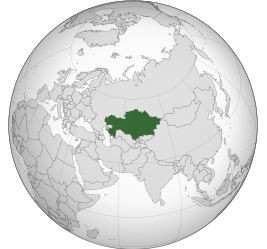 A surge in cryptocurrency mining in Kazakhstan is causing power shortages, forcing the government to temporarily cut off some miners.

China's efforts to ban mining and the high price of some cryptocurrencies have led to a huge growth in mining in the country, with the energy ministry estimating that electricity demand has jumped by eight percent so far in 2021 versus the usual one or two percent.

Since October, six regions in the country have faced blackouts. Following three major power plants in the north going into emergency shutdown last month the state grid operator, Kegoc, said that it would start rationing power to the country's 50 registered miners, which consume around 600MW.

One such miner told The Financial Times that power cuts were common. Users are not warned about shutdowns, nor are they given a time frame as to when power will return.

Some miners such as Xive.io, have said that the outages have made business unviable. "So much work, [our] hopes are ruined," co-founder Didar Bekbau said in a Twitter video.

The FT believes that around 87,849 mining rigs were brought to Kazakhstan from China, following the ban.

Many are not officially registered with the government, with the Ministry of Energy estimating as much as 1,200MW is siphoned off by illegal miners in basements and abandoned factories.

Next year, legitimate miners will have to pay a surcharge of 1 Kazakhstani tenge ($0.0023) per kWh to pay for the power challenges.

In the meantime, the country has turned to Russia for excess power supplies. Earlier this month, Russia’s deputy prime minister, Alexander Novak, said that Russian companies would supply power to Kazakhstan "based on commercial terms."

The country is believed to be in communication with Moscow-based energy company Inter RAO.

But while the country has blamed its current crisis on the around ~1,800MW of cryptomining, it could be a way to distract from deeper structural issues with the grid, Luca Anceschi, professor of Eurasian Studies at Glasgow University, told the FT.

“Certainly having input of electricity from Russia can address the problem in the short term, but I think that there is a big discussion to be had about what kind of energy policy Kazakhstan is actually pursuing,” he said.

He added that the government thought Bitcoin mining would be profitable, but it had not “bothered to create production generation capacity that could actually satisfy existing or prospective demand."